From a photograph at Mariann and Jim's house

In my last blog, I wrote about our lovely memories of times at Mariann and Jim Laue's home.  I also shared the recipe for her casserole.

Today, I am looking at a photograph Mariann sent me several months ago.  Taken around 1988-89, it shows me, my son and the Laue's dog, Spicer, standing in front of their Virginia home.  Aron is around six-seven years old and I am not quite or just forty-years old.  It's before Instagram or cell phone photos and the photograph paper still has a shiny sheen .

There is a porch light on by the front door so I am guessing it is after dinner--or maybe Mariann's casserole is still bubbling in the oven.  I am wearing a white sweater draped over white pants and blue t-shirt.  Aron is in black basketball shorts (he was already mastering those skills thanks to being a part of the Tucson fan base for UA Wildcats),  white t-shirt with a colorful "love the Earth" design and green/pink fanny-pack hanging from his waist.  Spicer is in his last years, full-bodied and panting after what was probably a short walk.

My right hand is on my son's shoulder and left is holding the dog's leash.  Aron is looking at Spicer, left arm outstretched to pat the dog.

There is nothing particularly special in this moment, except there we are.  A young mother and son enjoying hospitality from friends, relaxed and happy in Virginia. 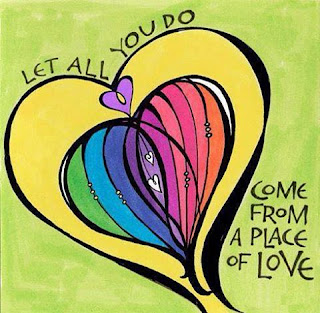 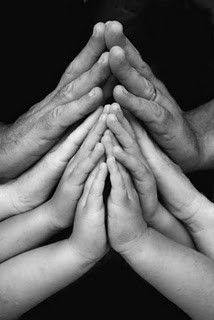 I came to know Mariann Laue and her late husband, Jim, through my 1980's work with the Kettering Foundation.  One of their staff members introduced me to Jim and his social justice work.  Jim Laue was appointed by the U.S. Justice Dept. to join MLK's Civil Rights events.  He was with Rev. King when he was shot.  In the historic photo of the shooting on a hotel patio, it is Jim's handkerchief that is covering Martin Luther King's face.  Jim Laue worked with the Kettering Foundation as he transitioned from social justice research to the specific field of peace and conflict studies.

Jim's academic role was at George Mason University where he established their Peace Studies Program.  As a consultant with Kettering's National Issues Forum research on peace, I was sent to Washington D.C. periodically.  One time, I extended my working visit a few days after being invited by Jim to stay as his residence in Virginia.  I felt as if I had a found a second family with him, his wife, Mariann, and their still-at-home son, Ron.  For the following three or so years, their home became my second home and a couple of times I brought my husband and our young son with me to stay with Jim, Mariann, and Ron.

Enjoying Mariann's "Methodist" casserole on a late summer evening was one of our quiet treats.  She often set the stage for dinner by playing a few hymns and pop tunes on the piano.  Our son would pet their German Shepherd, Spicer, or throw tennis balls to this gentle four-legged giant tennis as they played on the Laue's rolling backyard lawn.  The casserole, served on the Laue's screened-in porch, would be accompanied by Pepperidge Farm French Bread, fresh from the oven.

Dessert was light---such as sugar free peach ice cream because Jim was an insulin dependent diabetic.  I add this detail because Jim usually had to give himself an insulin shot before we were served dessert.  The disease took him too soon.  Mariann, who is a two time breast cancer survivor, eventually remarried. We stay in touch during Christmas and she and her blended family are growing with their children's spouses and children.  I hope Mariann continues to serve her casserole when the grandchildren come to visit and plays her songs on her piano as the bread and casserole bake.

Even though our son grew up to be a professional chef, this simple recipe is still one of his "comfort food favorites."

Brown a pound of ground beef (can substitute ground turkey) with 1 tsp of ground oregano in oil.
Boil two cups of egg noodles.
In an oven-proof bowl, mix the cooked noodles and browned ground meat with 1/3 cup of water and 1 can of tomato soup.
Top the mixture with 1 cup of shredded cheddar cheese.
Bake uncovered in the oven at 350 degrees until cheese is thoroughly melted and mixture bubbles. (10-15 mins.)

Serve with warm bread.
Posted by Anita C. Fonte at 10:57 AM No comments: