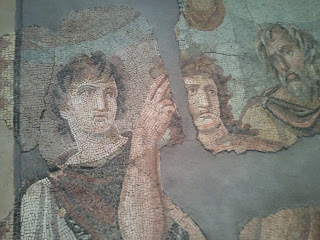 I posted other photos on http://anitaitallienne.blogspot.com but this one didn't seem to fit with others.  Why is that I wonder?  Maybe it's the incompleteness of the mosaic, or the expressions on the faces that speaks to me not of serenity but of masculine beauty but also dominance--particularly the muscled arm of the man in the middle.  Hmmm, I feel my imagination for story stirring....
Posted by Anita C. Fonte at 4:38 PM No comments:

Muse from the Getty Villa

Here are two shots Mark took from the Getty a couple of weeks ago.  There were several statues of the Muses in one of the galleries, but the wistfulness of this one I especially liked.  In particular to my writer-friends--doesn't she look like someone you can trust? 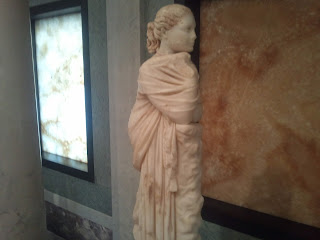 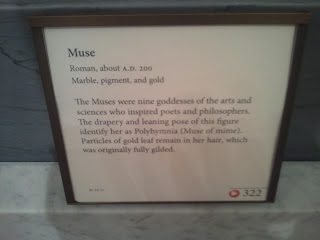 And here's the text to explain her story.
Posted by Anita C. Fonte at 9:43 AM No comments: 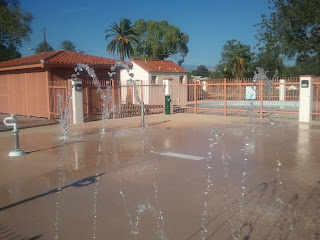 Saturday was the launch of a new Splash Park (and Jungle Gym) at a urban core neighborhood park in Tucson, 4th Ave. and 2nd Street.  Mark and I stopped by the next day to catch shots of the park--there were about a half dozen kids nearby but he tries to not take shots of kids in order to honor their privacy.  Funded mainly by a Federal Community Development Block Grantshows, it is an example of how we do need and use federal funds at the broader community level.  Although I no longer work for HUD, when I see projects such as this, I feel proud to have been a part of HUD's Community Builder Program a decade ago. I think this project earns my "BrightSpot" posting, do you? 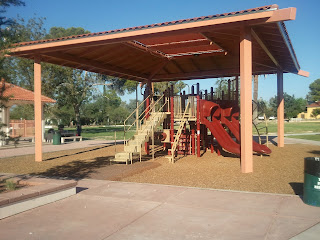 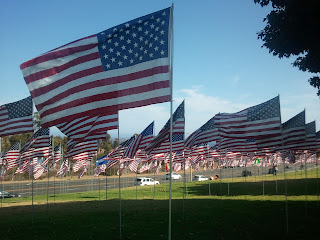 I was getting ready to head to Sierra Vista, Az. for a meeting with colleagues as part of our Building Social Capital Project.  This project, coordinated by the Arizona Community Foundation and funded by The Ford Foundation, was designed to "connect the dots" between non-profits, government and other community elements in border towns in Cochise, Pima and Yuma counties.  We had already been working on this project for a year when 9/11 came around on the calendar.

As I watched the real time t.v. coverage of the attacks on the towers, the Pentagon and, later, the plane crash in the Pennsylvania farm field, all I could think of was how important it had to be for us to continue to act "as if" this would, somehow, not cripple our country.  By the time I got to Sierra Vista, Ft. Huachuca had started to shut down access to their base and traffic was tightening all around the city.  But we all showed up, probably driven by the same sense of civic duty as I was feeling.

News was still unraveling about the attacks, but we knew we had to have moments of silence, share whatever was welling up in our hearts and minds, hold hands and yes, continue to do our civic duty.  So, on the 11th Anniversary I fondly think of all us in that circle and reach out to you and to others.

On a mini-vacation last year, Mark and I discovered that at Pepperdine University, they set a flag on the hills of Malibur for each of the fallen that day. Their flags also identify the nationality of each of the fallen.  I have learned that Tempe, Az. also has done something similar to honor 9/11 on their "Healing Field" memorial.  So--to recall those hours, days, and months after 9/11, here is a photo from Pepperdine U., taken by Mark.  He also has photos of the 9/11 Memorial in NYC that we visited in March.  Those will be posted later today.
Posted by Anita C. Fonte at 9:41 AM No comments:

The 2nd shot is also on my other blog http://anitaitalienne.blogspot.com/2012/09/very-slow-sunday.html .  It's from our back yard where Gray occasionally hangs out, but only when Lia-dog isn't interested in popping through the doggie door to give a half-hearted chase.

I really believe Gray came to us for a reason.  We have now met Ashley, Billy Boy and Chris, Austin and Yogi Berra, deepened our connection with Addie and Chaquita with more new neighbors to come.  Besides, encouraging me to take more "slow life" time, read, write, watch butterflies and the sunset, Gray's appearance is creating community within my neighborhood. 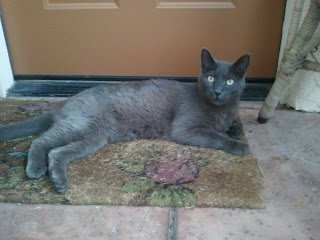 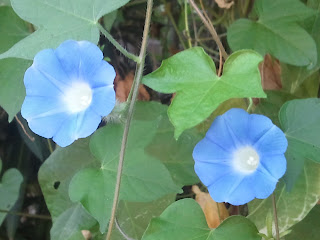 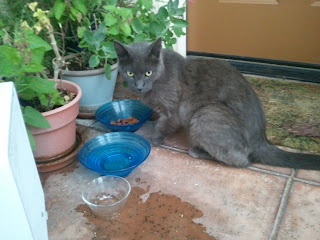 In shots #2 and #3, here he is (looking a bit happier for regular food, I think), after and before dinner today.  Again, all the photo shots are by hubby, Mark.
Posted by Anita C. Fonte at 7:01 PM No comments: